Emmi Dent – a triple advantage with regular use 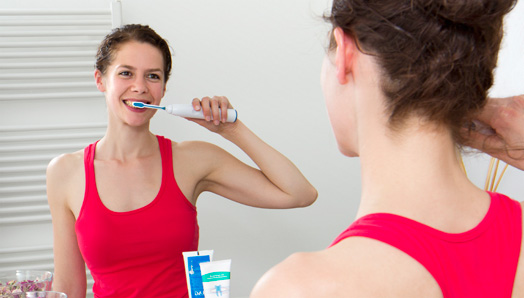 The ultrasonic toothbrush for children. 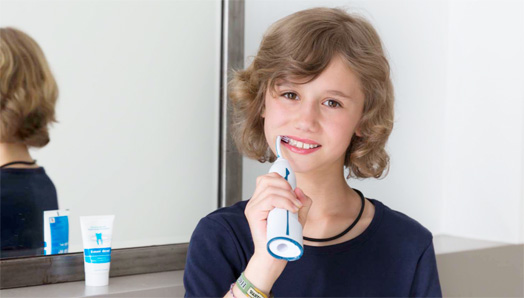 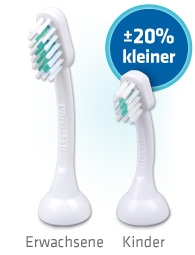 Of course we also offer special brush-heads for carrier of tight braces. 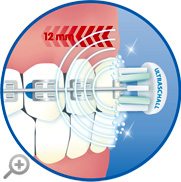 This is how Emmi dent can help you with periodontitis and gingivitis.

What are gingivitis and periodontitis?

Bacteria grow in the gum pockets and over several days inflammation boost. Gum pockets provide a near-ideal development environment for bacteria and plaque, so they can grow and multiply rapidly. The situation is getting worse and worse, unless the bacteria are taken.

The course of periodontitis

If during the first stadium (gingivitis) the inflammation is not effectively combated, it can get worse and it goes to the next phase, called Periodontitis. The gum pockets grow into the depth and at a certain depth, the bacteria can directly attack the jaw bone and the surrounding fiber system. The result: teeth can get loose and fall out. Periodontitis is still the most common cause of tooth loss in adults. Emmi-Dent is the new help against this widespread oral health problem.

Against discoloration, natural teeth whitening in just a few days! 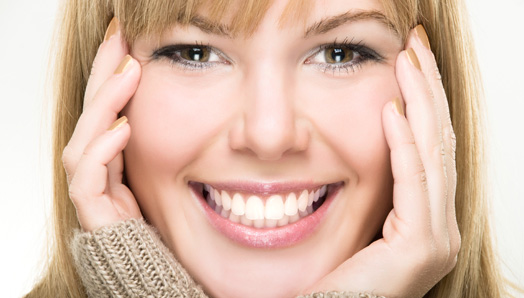 Free yourself from annoying bad breath in the blink of an hand.

By eliminating the responsible bacteria, your breath remains fresh and pleasant for up to 12 hours.

How does bad breath arise?

In most cases, bad breath is caused by the interaction of various factors:

Bad breath, also called Halitosis, is in most cases caused by the bacterial degradation of proteins (proteins) in the mouth and throat. The decomposition of proteins from food residues or dead cells in the tissues leads to the release of certain smelling by products such as sulphurous gases (like rotten eggs). The ultrasound destroys the bacteria involved and disables the biochemical reactions that cause bad breath.

Emmi-Dent protects teeth and gums in the period before and after a surgical treatment and reduces dangerous bacteria.

With our Emmi-dent you free your crowns, bridges and prostheses effectively from bacteria and dental plaque.

Emmi-Dent protects your implants deep in the gums.

Since Emmi-Dent does not work abrasively, the surfaces remain shiny and new.

Can I also put the brush head on “the wrong way round”? 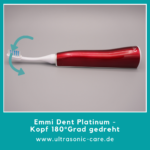 Yes, it is possible with the Emmi Pet / Metallic as well as the Platinum – especially with the Platinum this enables one-handed operation, e.g. in the case of physical limitations.

This is particularly valuable with the new 2018 Emmi Dent Care Platinum – this toothbrush has received the EURECERT seal of approval for accessibility (handicapped accessible). The emmi-dent Care Platinum works completely noiseless and vibrationless. It is therefore particularly suitable for the dental and oral hygiene of people with cognitive or intellectual disabilities and / or for coma patients.

There is also a version for our pets, which you can find here: Emmi Pet